We left Bitter Springs tentatively not knowing how the car was going be. We had a plan - we would have decide to drive to Darwin or go to Litchfield as planned. We had around 150km to decide and it was going to depend if the car behaved or not. Thankfully we had no issues so we went into Litchfield NP as planned.

We decided to try to camp at Wangi Falls but had read on WikiCamps that the camp ground fills up very quickly. You can't book NP campgrounds. We arrived before just on lunch time and thankfully there were still a few sites available that we could get the van in. By 5pm it would have been a different story.

The camp ground was a lovely bush setting with toilets and showers. Very good facilities for a national park. After setting up we walked over to Wangi Falls. The cafe was just closing (3pm) which seemed to make the place very busy. The kids were keen to get in the water but it was very cold. Lauren soon found where she could jump from and proceeded to do this a number of times. 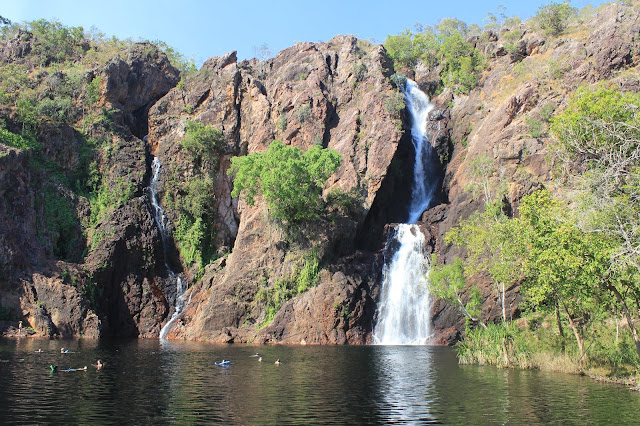 As we were headed back to camp after our swim we went into the information bay where they run helicopter flights from. We were asked if wanted a discounted flight which the last flight of the day where the bring the helicopter back to the base. Reluctantly we agreed. It was was a great experience for the girls. The helicopter didn't have any doors so we were exposed and could see so much. 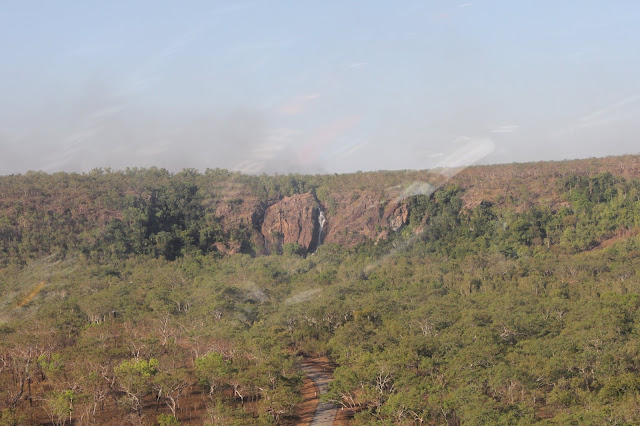