After a big sleep-in and a cooked Brekky we set off around 10am for Wenlock River. We continued along Lakefield Road until Musgrave where we met up with the Peninsula Development Road. We quickly realise the more popular development road is much worse than what we had been on. 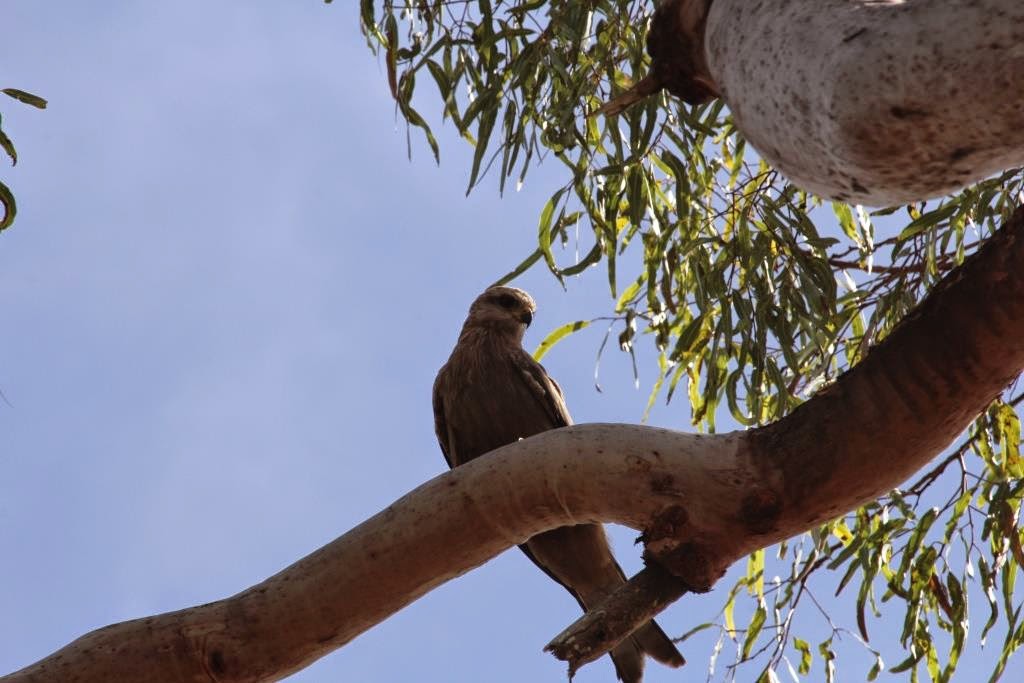 If you wanted Milk from Archer River Roadhouse you're in luck .... it's only $6 per litre for fresh milk.
After turning Right toward the Lockhart River township we pulled into the Wenlock Free stay (turn right just before the Wenlock river crossing) and found a great camp site on the river. Another car had arrived only seconds before us so we figured we'd leave them in peace and push on to Moreton Telegraph Station.
The road improved later in the day as we turned toward Moreton. For much of the way we could sit on 100-110kmh .... until an oncoming car approached when we were blinded with dust for a few seconds.
We arrived at Moreton Telegraph station at around 4pm and found it to have large grassy areas with lots of shady camp sitses. Toilets and showers will be nice tonight. We're almost 1 day ahead of schedule so we'll spend 2 nights here before tackling the Old Telegraph Track.
News from Team Percy back in Cooktown is that parts for their Jeep are being Air freighted from Melbourne in time for a Wednesday repair. If all goes well they should be on the road Thursday and catch up to us in 2 or 3 days. 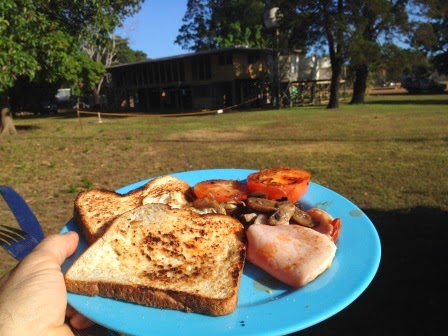 As we spent the afternoon contemplating tomorrow's start of the Old Telegraph track we heard the skidding of tyres and a crunch from down the road. A quick investigation and we found this guy had lost control and parked in an awkward place. No-one hurt, just a blown tyre. By the look of it he was not the first as the guard rail and Wenlock Creek sign was already wiped out. 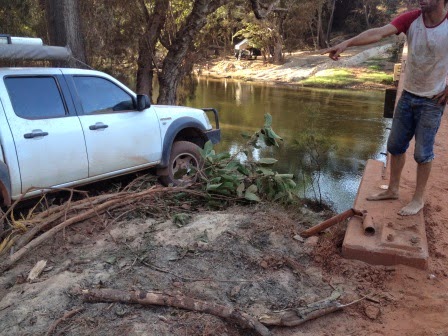 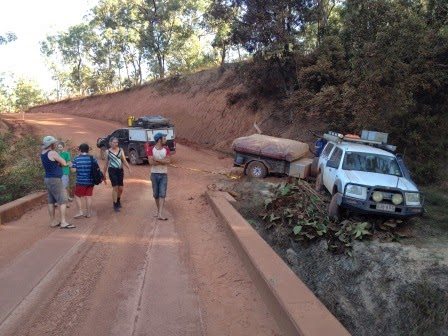