We rolled into Cooktown Wednesday night after leaving Team Percy at Wujal Wujal awaiting their tow truck. Luckily the local mechanic / tow truck driver lent the Percy's their 80 Series land cruiser to get back to town with. The Jeep spent the night at the workshop awaiting a diagnosis. 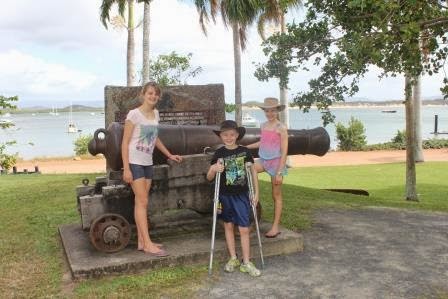 After the Cooktown walk we joined Team Simpkins on a drive out through the Aboriginal
community of Hope Vale to Elim to see the coloured sands. After an easy drive onto the beach Colin managed to temporarily bog our Patrol while moving aside for oncoming traffic. After a bit of rocking back forth it came clear and we moved on. You have to expect that when your tyre pressures are still 44 psi.


After the coloured sands we explored back East along the coastline following the waters edge south toward Cape Bedford. Right along the beach edge were half a dozen smashed down shacks which seemed to have been damaged by cyclones. Our tour on the beach ended where we found a group of locals quietly fishing with hand lines. We turned back and found a shelter on the beach for a quick lunch before a storm rolled in. It's meant to be the dry season!! 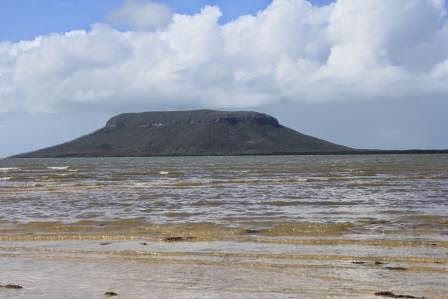