Amazing weather led to a great weekend camping and conquering the tracks of Levuka. We arrived on Thursday to set up before the rush. We were joined that night by The Simpkins and Nic.

On Friday Chris and Daniel arrived and we all headed out to check out the tracks. All was going well until we got to Graham's Track. It all came unstuck (or stuck) for Chris with his Jeep breaking the tailshaft and puncturing the fuel tank. A mammoth recovery effort saw the boys limping back to camp later that day and a plan was made on how to fix the Jeep.

Saturday was "Pirate Day" and it was great to see the effort everyone made towards their costumes. It was heaps of fun driving around all dressed up. Chris's' Jeep was also back on the road late in the day and the boys headed to find a challenge. We also headed out to do the 'night run' which proved to be heaps of fun for our car load. Lucky we had Chris with us - he was able to answer the questions. 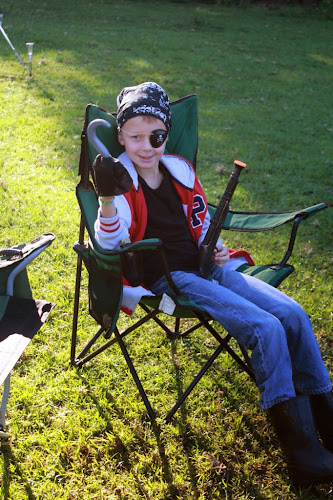 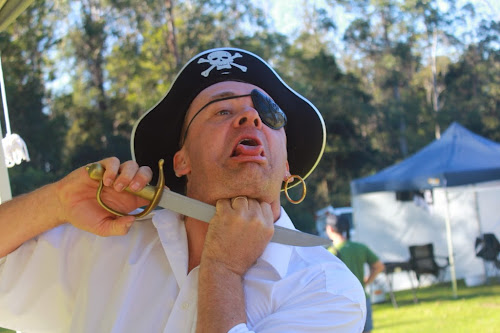 Easter Sunday meant lots of chocolate, an Easter Egg hunt and relaxing around camp while the guys did a few more tracks. They were back by lunch which was a releif. 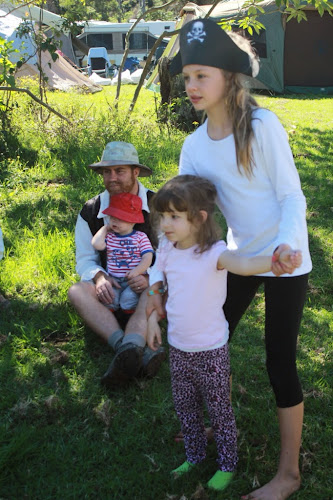