After a great time at Longreach we packed up camp and headed for the town of Winton. Only a few days earlier we realised Winton's population is less than 1000. Ok so we're not going to get a Maccas coffee there.

We were booked into the show grounds on a powered site for 7 nights. Already running a few days late we still had 5 nights up our sleeve. With temps in excess of 40 deg and experiencing the heat in Longreach we had our doubts about how long we'd stay.

ActionDad was contacted by Spencer from 612ABC Brisbane for a live chat in Winton. 612ABC were one of the sponsors of Winton's Outback festival currently getting under way. The chat was to take place on Thursday 5.10am .... ouch. With 2 of the 3 TeamBray kids sick with a flu I was starting to think the meet up with Spencer might not happen.

We arrived in Winton and were crammed into a powered site which just managed to fit the van with the awning out. "We're not gonna last long here", we said to each other.

After setting up we headed into town to see what was happening. We did the tourist thing and visited a few shops and bought some bits and pieces including a small opal. The kids relaxed with a Snow cone while we watched the towns visitors crawl from one Hotel to the next. After braving the heat for a few hours we discovered the local pool and spent the rest of the day submersed in water. 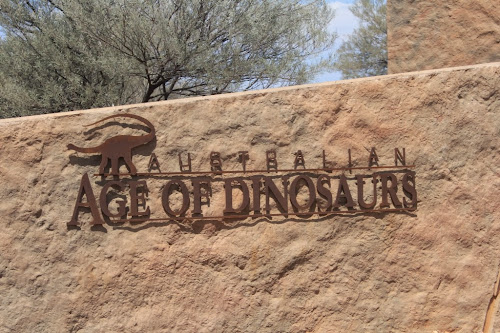 After our brief visit to Winton we headed East and called into the AAOG. The dusty track had some corrugations but nothing too serious. We had to ignore the "unhook your caravan here" sign as it was like waving a Red flag to a bull. As it expected it was nothing more than a steep climb which most 4x4s would tackle with a few tonne behind ... no problem.

We did the tour and the show which were quite informative. Wow these guys are committed to their love of dinosaurs. The hours spent with small air tools working away small amounts of rock .... mind boggling. 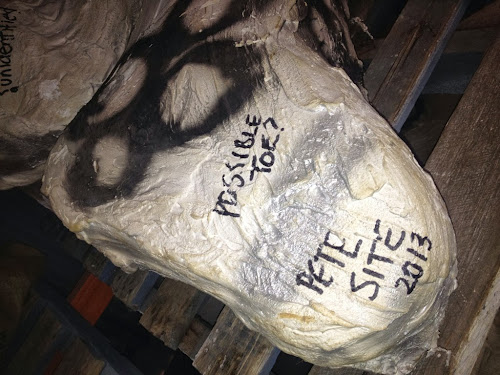 The land around the Age of Dinosaurs was quite awesome too. 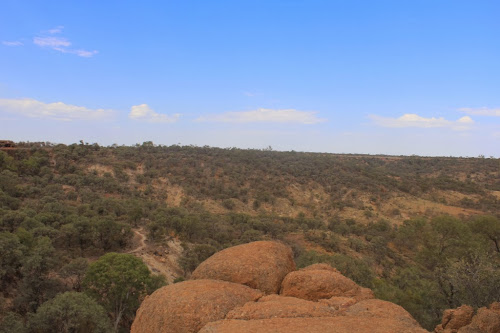 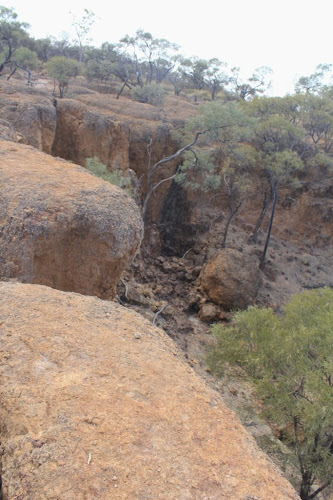 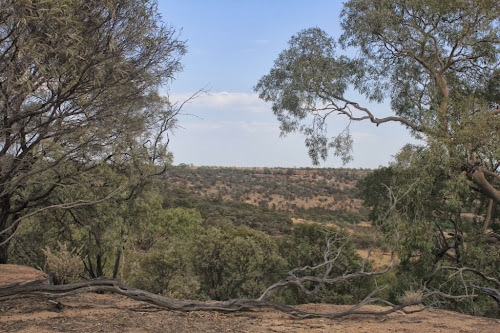 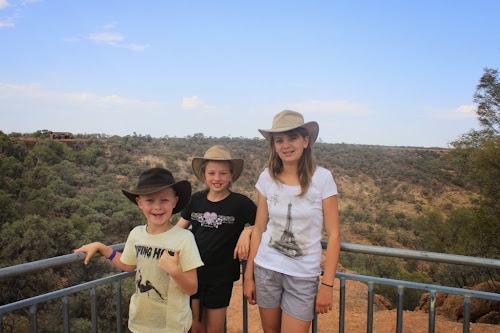 From here we headed East - fast. That afternoon we rolled into the quiet town of Alpha for a shower and a sleep. We also needed to work out where we head to on the coast as we should have been in Winton for a while longer still.

Posted by ActionDad at 8:24 AM