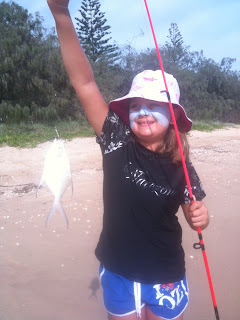 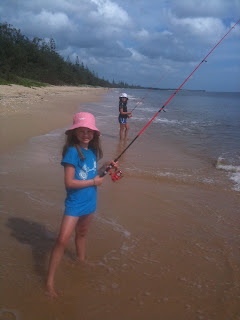 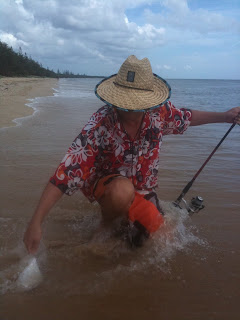 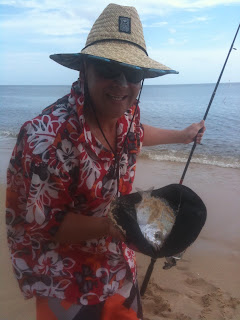 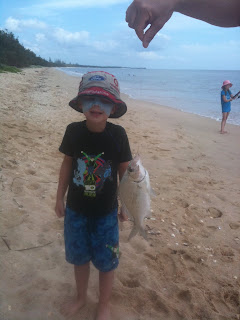 We still have not been able to identify the sharks we caught. The best guess around the park is " looks like a baby bull shark"
This morning we got Madi baited and cast out first. Before anyone else had a chance to get their rod wet Madi caught a fish!! A small dart.
It was quite a while later Colin pulled in a good size Bream, it jumped off the hook when we went for a camera so it's shown in Amanda's hat :) We threw it back thinking we'd not catch anything else. Later in the morning Madi's line went crazy so Nathan held Colin's rod while he went to help. Unfortunately the line broke. We all calmed down but then Nathan screamed "but something's still pulling this rod Daddy". We then landed another Bream and kept it.
Posted by Team Bray Camping & 4x4 adventures at 11:56 AM